​​​​​​​Seventh Call of the Artemisa infrastructure for computing in Artificial Intelligence

From January 11th to February 7th 2021 will be open the seventh call to apply for the use of the Artemisa infrastructure for research work that requires computing in artificial intelligence and machine learning.

Artemisa is currently composed of 23 servers that host one NVIDIA GPU Volta V100 each, especially suitable for computing in artificial intelligence. In addition to these servers, which must be used in “batch” mode, there are two interfaces where the users can previously test their software. Artemisa also boasts a last generation CPU and storage system. 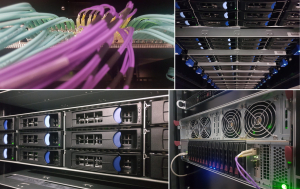