What exactly is quantum theory about? How should we deal with the puzzling features that pervade quantum behaviour? It has been almost one hundred years since quantum theory was drawn up in its modern form and these issues still haunt both philosophers and physicists. On the one hand, the theory has a transparent, well-defined and even easy-to-understand mathematical formulation. On the other hand, some debates on the interpretations of these mathematical objects have been raging for decades. Maybe the longest-lived of these arguments is the one concerning quantum states: do they represent the physical systems themselves, or rather of the properties of such systems? Is it possible that they merely codify our knowledge of these properties?

The idea of measurement plays a central role in these discussions. According to the postulates of the theory, measurements modify the quantum states, in such a way that states incompatible with the outcome of the measure are entirely wiped out, whereas those compatible with the outcome are preserved. A process just like the one described is called an ideal measurement. An ideal measurements should decisively choose an eigenstate to collapse upon and strictly preserve any superpositions between states compatible with that eigenstate. But are such processes realised in nature, or are they rather an idealised notion convenient for the postulates of the theory? One year ago, a paper aimed at answering this question and found a physical process with a remarkable similarity to an ideal measurement.

The speaker of the next IFIC colloquium is one of the authors of this article, professor Adán Cabello, from the University of Seville. Professor Cabello has devoted his career to the foundations of quantum theory and the application of quantumness to information and computation. His 2020 article about ideal measurements has reached the finals of the Breakthrough of the Year award of the journal Physics World.

In this colloquium, Professor Cabello will discuss the concept of measurement and its importance in quantum theory, and how we can use it to shed light on the foundations of the theory. More information can be found on the Indico page of the colloquium: 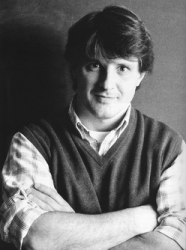