Juan José Hernández-Rey, research professor at IFIC – a mixed centre of the University of Valencia and the CSIC – has been appointed a member of the LHCC committee, which reviews the status and progress of the Large Hadron Collider (LHC) experiments CERN. The committee is made up of about twenty scientists from Europe, the United States, Canada, and Japan.

The LHCC committee continuously analyses the trajectory of each of the experiments and makes recommendations both to the experiments themselves and to the CERN Research Board; It also reviews the situation of the Computing Grid, LHCCG, the distributed computing network that allows the analysis of the huge amount of data generated by the LHC detectors. Another task that this committee carries out is to evaluate the progress of research and development projects related to the LHC, which are essential for the future of the Large Collider. The LHCC committee is chaired by Dr. Frank Simon from the Max-Planck Institute for Physics in Munich and is made up of around twenty scientists from Europe, the United States, Canada, and Japan.

“This is an exciting time for the LHC. Run 3 (third throttle period of operation) is just around the corner and the new data can help to see if the small deviations from the Standard Model that have been observed are confirmed. It would be a real revolution”, says the IFIC researcher.

CERN is currently embarking on a major overhaul of the LHC and its associated experiments that will lead to a substantial increase in the rate of particle collisions before the end of the decade.

“Meeting the ambitious schedule of the LHC High Brightness is a real challenge for both the accelerator and the experiments. The effort, work capacity and enthusiasm that physicists, engineers and technicians dedicate to meet the demanding deadlines is impressive”, says Hernández-Rey.

Juan José Hernández Rey (Madrid, 1957) is a CSIC Research Professor at the Corpuscular Physics Institute (IFIC). His field of research is experimental particle and astroparticle physics. He has conducted experiments on various particle accelerators such as CERN’s Super-Synchroton Proton, the Tevatron at the Fermi National Accelerator Center (USA) and the CERN Electron-Positron Collider (LEP). His scientific interests have spanned various fields such as the study of charming particles, the electroweak boson Z, and the search for supersymmetric particles.

For the past decade, Hernández Rey has worked in the search for high-energy cosmic neutrinos. He was a deputy spokesperson for the ANTARES collaboration, which built the world's first underwater neutrino telescope, and is a member of the KM3NeT collaboration, which is installing two high-volume neutrino detectors at the bottom of the Mediterranean Sea. He is a member of the Particle Data Group, the international team that examines and compiles the properties of elementary particles. He has been IFIC director from 2015 to 2019 and is a member of the scientific council of CNRS.

The position runs for two years. 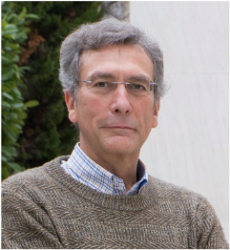